Welcome to the Tullstorp Stream Project – A unique restoration project!

The Tullstorp Stream Project is unique in that it is operated by an association of all landowners along the stream – The Tullstorp Stream Economic Association (TSEA). Tullstorp Stream is 30 km long and the project takes a holistic approach to the entire 6300-hectare catchment area. The project has been active since 2009 and in that time, 39 wetlands and 10 km of the stream has been restored. A total of 169 hectare wetland area have to date (october 2019) been created within the catchment area. There is still 3-4 years of restoration work left.

Background
Tullstorp Stream is located on the southern plains of Sweden which has highly fertile agricultural land. The yield per unit area is higher than in any other region and the area is therefore important for the agricultural production in Sweden. In the period from 1805 to 1919, the area of farmland in Scania increased by 329 % from 139.000 ha to 596.000 ha and when you look at a map of Jordberga from 1767, it becomes clear that the wet areas were the ones that decreased. As part of the development of the farmland, Tullstorp Stream was channelized in the beginning of the 1900s.

Due to the channelization and the stream’s geographical situation, where the catchment area consists of 85% agricultural land, it is very relevant to restore the stream. This is done in order to restore the natural stream and reduce nutrient leaching to the Baltic Sea. The condition of Tullstorp stream was classed as “bad”, as many of the streams in Scania, when the restoration began in 2009 but has since then improved to “moderate”. The goal is ”good” ecological status.

Tullstorp Stream Economic Association
The idea for the project came when some of the landowners along the stream wanted to construct wetlands. During the consultation phase, when the wetlands were planned, the idea to include the whole stream and its catchment area emerged. This idea spread interest among the landowners and a wish to get a sustainable solution for the stream arose.

In order to restore the whole stream, a landowner driven co-operation was built, the Tullstorp Stream Economic Association, and became responsible for running the project. The association members consisted of the stakeholders in the catchment area and the Board of representatives of landowners and stakeholders related to the stream.

The association board today has 7 members where Otto von Arnold is the chairman and Johnny Carlsson is employed by the association as project manager. The project manager is responsible for the administrative work and thereby decreases the workload for the landowners who participate in the project. They do not have to spend time on applications, reports and documentation and can choose how much they want to be involved.

The Tullstorp Method
In the time after TSEA was built, a method for the restoration process started to develop, now known as the Tullstorp method. The foundation in this method is commitment from the landowners and the project begins with detailed information and anchoring among the landowners. Patience, bottom-up approach and demonstration of good examples are keywords and it is voluntary for the landowners to participate.

The project had clear and achievable objectives from the beginning and one of the first areas that was restored in the project was “the stretch of display”. This is an area located next to Jordberga, where 2 km of the stream has been restored. The idea was that it should work as an example for the rest of the landowners and make it possible for them to see the idea with the project. Next, the restoration of the stream was divided into 3 main parts, and TSEA managed to get all 45 landowners along the first part of the stream to sign a land contract which gave the association the right to carry out activities connected to the restoration and future management on their land. The landowner still owns the area included in the project and can use it as long as it is not contrary to the contract or the intention and statutes of the association.

The third part of the stream was restored in 2013 and the second part is to be restored in 2020-21. Furthermore, TSEA are assisting the landowners in another catchment area in the municipality, Ståstorp Stream, to use the Tullstorp method for the restoration of their stream.

The restoration
The primary aim of Tullstorp restoration project is to reduce nutrient leaching to the Baltic Sea, solve flooding problems, create a good ecological status in the stream and to facilitate the management of the stream for the landowners’ part. Secondary positive effects are an increase in biodiversity, better possibilities for recreation and the wildlife management. The intention of the project is to restore the stream and create wetlands in areas where it is possible and the landowner wants to participate.

The stream
The stream is divided into 3 phases that are between 5-10 km long. For each phase, the goal is to restore the stream so that the bottom has a varying depth, the banks of the stream are flattened and that the stream gets a more meandering shape.

In order to reduce nutrient leaching from farmland, buffer zones are also made along the stream, flood zones are created in suitable areas and small wetlands that collect the water from the drainage system before reaching the stream, constructed.

Since the project began in 2009, a total of 10 km of the stream has been restored. This includes 2 km on “phase 3” and 9 km of “phase 1”. The next step for the restoration is therefore ”phase 2”, where the plan is to restore around 5 km of the stream during the next 2 years. 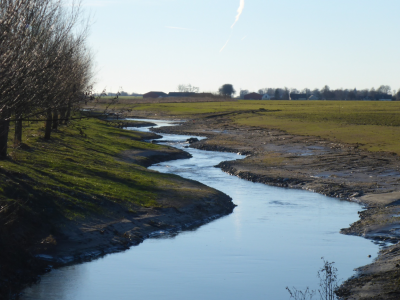 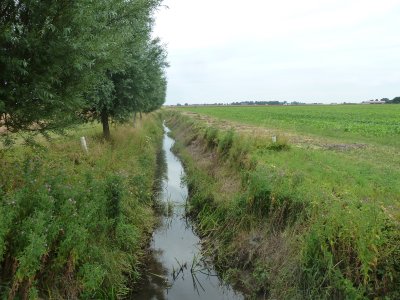 Wetlands
The wetlands have several important functions in the landscape. They take care of nutrients in a natural way and lessen the effects of flooding. Many animals and plants that have become rare in todays landscape, when natural wetlands are drained for agriculture, thrive near the remaining healthy water courses. Water quality and biodiversity are promoted and erosion decreases when wetlands are created. They are also valuable for recreation and outdoor activities.

During the wetland inventory, a total of 50 sites were identified and they were set as the goal for the wetland construction. Since the project began in 2009 a total of 39 wetlands have been constructed and together with the 10 km stream restoration, a total of 169 ha wetland area have been created within the Tullstorp Stream catchment area. 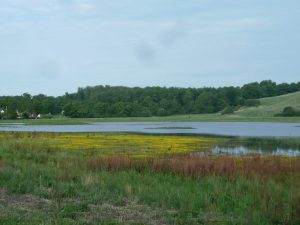 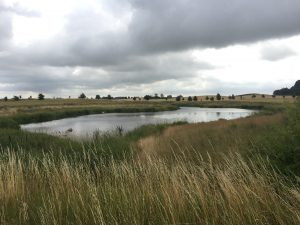 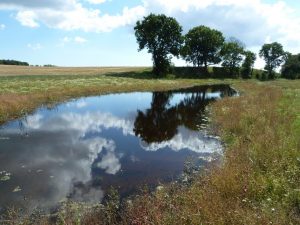 Only smaller amounts have been paid by the landowner and it is important for the project that neither the economical or agricultural yields are reduced for the farmer. This is a big driving force for their participation. Furthermore, the landowners receive financial compensation for the areas included in the restoration of the stream and subsidies for the areas included for wetland restoration. Many of these areas were fields in bad condition and some of them had already been converted into pasture/meadow.

The project depends on funding from the state, hence, lack of funding is one of the biggest threats to its completion. Some of the other risks are that the pioneers get exhausted, that things take time and the participants might become impatient, misunderstanding of the objectives with the restoration and politics.

Timeline of the projects establishment